This means that as women, we it pays to know why the relationship timeline is so different between men and women, and what it means for you.

Here’s the truth. Men can father children throughout their whole lives. The world record holder for the oldest man to father a child is a 93 year old Indian farmer. Imagine that!

To us women, that concept can be so foreign because we have our womb and our ovaries. These organs do have an expiry date for doing the job of bearing children successfully.

We are the ones bearing children, growing them from our own flesh and blood.

As a result, we need that deep commitment and we are instinctively driven towards it.

Whether you like it or not, our feminine biology is always driving us towards a deeply committed relationship. This is because it will mean the survival of our offspring.

Yet often, our hearts and bodies say something different deep down inside.

The bottom line is that we still need emotional commitment from a man.

The Relationship Timeline For Men is Different!

However, for men, they inherently never get that sense of urgency to be in a deeply committed relationship. Remember, they can father children their entire lives!

In fact most men produce about 300 million sperm every day. So there’s no real shortage of their own sperm to go around, and certainly no urgency to settle into a relationship.

They will stay as long as it’s convenient but resist any deeper commitment.

I realise that this seems to us women like asshole behaviour. Think about this for a second though: A lot of seemingly innocent behaviour from women seems horrible in the eyes of men.

And that’s because of the inherent differences between our preferences and biological drives.

As you may know, I always say that intimate relationships is the domain of the feminine. What that really means is that it’s your feminine energy that draws a man deeper and deeper into a relationship.

He may pursue you in the beginning, he may ask you out, but it’s your feminine essence, your authentic and vulnerable feminine essence that inspires his deepest emotional commitment and investment.

You can’t really wait for a man to speed up that process, because simply put, most men never think about relationships.

So I can confidently say that most men are completely inept in the area of our lives called intimate relationships. And they are especially inept when compared to women as a whole.

And it’s not that men don’t want deeply committed relationships, they do.

They’re just not as emotionally wired and driven to get it because of their masculine relationship timeline. There isn’t always that intuitive feeling of urgency within men that there is within women.

(And if you’d like to discover more about what makes a man high value and masculine, here’s an article I wrote on the 10 Telltale Signs He Is A Highly Evolved, Deeply Masculine Alpha Male.)

You Have Everything It Takes To Inspire Men To Commit To You – For Life!

So, here’s the good news. You as a woman, have everything it takes to inspire your man’s deepest commitment and make him want you and only you.

Most women put proportionately more of their energy and time on the wrong things when trying to inspire a man to love her more .

Instead of focusing on the right things, they focus on things like make up, looking good, getting botox to appear younger, or other silly things.

These are the things that hold little value in the eyes of men when it comes to shortening a man’s relationship timelines and ultimately, getting a man’s emotional commitment.

Relationship Timeline: Make Him Commit To You Faster

So, as a woman it pays off to be smart. It pays off to put a little care and effort into harnessing your natural power to inspire men to WANT to deeply commit to you.

Although it requires you to understand the distinction between what it means to be a man’s one and only type of woman, and not his one of many type of woman.

In order for you to have and experience that deeply committed relationship that us as feminine women all crave, you need to understand what it takes to become your man’s one and only.

That is where all of your answers lie.

Because here’s the inconvenient truth: a man will give you all of his time, attention, emotional energy and resources when you become his one and only type of woman.  Unfortunately, he will give you virtually nothing when he sees you as his one of many.

But that’s nothing like the love, the adoration and the commitment that women receive when they’ve become their man’s one and only.

So as you can imagine, there’s nothing quite as important for you as a high value, feminine woman to understand the process behind being your chosen man’s one and only.

This is why I’ve put together a very special program titled “Becoming His one and only”. Inside this program, I want to teach you in detail the 5 secrets to having your chosen man fall in love with you and beg you to be his one and only.

If you want the best guidance on getting his commitment faster, then do take this opportunity to get yourself a copy of this program.

Anyway that’s enough from me, I hope this article has helped you and I can’t wait to speak to you again very soon.

P.S. Connect with me on social media 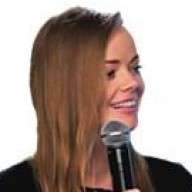 Renee is the founder of The Feminine Woman & co-founder of Shen Wade Media where we teach women how to show up as a high value high status woman whom easily inspires a deep sense of emotional commitment from her chosen man. Together with her husband D. Shen at Commitment Triggers blog, they have positively influenced the lives of over 15 million women through their free articles and videos as well as 10’s of thousands through paid programs through the Shen Wade Media platform.

Connect deeper with her work through the social media links below.

I think Renee has some seriously good advice. I read a lot of her articles and took one of the courses offered, and it has helped me tremendously when it comes to feeling good about myself and also having a man committed to me. I have a man now who looks at me with love and adoration and it feels great. BUT… remember, if you are single, if you have no children – that does not mean you are not valuable. Many women used their feminine energy in other ways and that is valid. There is nothing to say that… Read more »

I don’t know. I do want love but not in any price. I don’t agree that a woman is imperfect if she has no children or isn’t in a committed relationship. Plus, why should a woman always worry about approaching her post-menopause years while her man could still reproduce, if the man doesn’t induce such a fear in her?

Mary, who said that a woman is imperfect if she has no children or isn’t in a committed relationship?

I believe you have the power to attract your ideal man, have him fall head over heels in love with you, wanting to commit deeply to you and have the passionate relationship you’ve always dreamt about. It doesn’t matter if right now, you’re sad about what has happened to you in the past, or maybe even angry that someone has done you wrong, it will all change in the future. Click here to read more...

Stay a while and read…

More on The Feminine Woman

wpDiscuz
Send this to a friend